Laziness is NOT an Excuse! 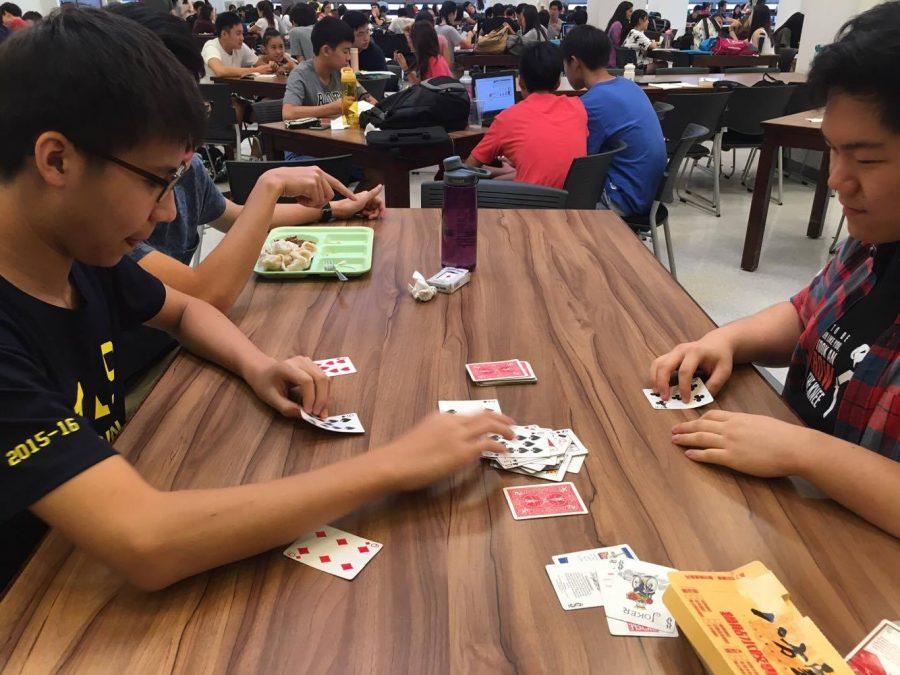 We are all at some point in our lives, guilty of being lazy. Sometimes it is even acceptable to be lazy — as long as you feel it is okay to be lazy. But laziness is often condemned by our teachers, parents and elder figures, and for good reason. Instead of taking a look at acceptable laziness, it is much better to see the negatives of unacceptable laziness and how it could impact your life on a much bigger scale.

“Laziness is not doing something when you know you should and there is nothing stopping you from doing it, except for simply your choice not to do it,” says Mr. Montgomery, Upper School English teacher.

When students feel lazy, they often delay doing school work and do something else completely unrelated. “Procrastination is not always laziness,” Mr. Montgomery says, “laziness can certainly play a role in procrastination.” Or, arguably worse, they still do the work but because of their lack of motivation, their effort and quality drops significantly. As long as we finish the work, it’s okay right? Wrong. Ask yourself: What do you gain from doing your work if all you did by ‘finishing it’ was copying most, if not all, of the answers from friends or websites online? Yes, you get a completion grade for your homework but you learn nothing from it, you do not get enough practice and you will not be prepared to face assessments. You will struggle and you will still have to relearn and practice the material to prepare for exams, it simply is not worth neglecting your work. It is completely fine to take breaks from work every now and then, but it is unacceptable to put off work because you don’t feel like doing it.

Lazy students also can be seen as a burden during group work. “If you’re perceived to be lazy then that could affect people’s opinions of you or expectations of you or what they rely on you for,” Mr. Montgomery says. Group work emphasizes cooperation between individuals to finish a project and if a student is lazy and not pulling their part of the weight, it not only drags the whole group down but it also gives a negative impression of the lazy student. And here is the chief problem: this forces other group members to do more work than they should and if the group succeeds in their project or presentation, the lazy student gets the exact same grade as the students who worked harder. It is unacceptable that a lazy student’s lack of care is transferred over as burden to other students. It gives a terrible impression to your group mates and you will have a reputation as a lazy student.

On a much broader scale, laziness reflects your school work and reflects yourself. Every effort and quality you put into something will always be noticed by teachers, advisors and student peers. Here is an extreme example: A hard worker who puts in every ounce of effort in their work will be noticed, they will receive great feedback and that encourages them to continue doing what they have been doing. As the hard worker moves into college, a good work ethic is needed to survive the first few years and as they transition into adult life, they will need every bit of effort to get a job. The hard worker will more likely to find success in the future.

On the opposite end is the super lazy student, who spends most of his time putting off his work until the last minute and the rushed effort put into the work will never be as good as someone who is willing to spend more time to make a quality piece of work.The lazy student will not get the same treatment as the hard worker and as they progress through high school and into college and from college and into adult life, their lackluster effort will hamper them considerably.

Just think of the hard worker and the lazy student as opposite spectrum of a scale, it is not confined to just two types of people, there is middleground between the two spectrum. It is possible that a person can be hard working and lazy at the same time, someone who lives exactly at the midpoint of the scale and chooses to work hard sometimes and do nothing sometimes. There can be a person who is lazy for most of the time but works hard for one or two specific school subjects. There can be a person who works hard for most subjects but also shows a lazy side to a certain subject. Keep in mind that people can move up and down the scale just like if a hard worker suddenly becomes lazy for a small period of time or if a lazy person becomes a much harder worker later; this is something that is not fixed permanently forever.

It is always possible to change your lazy habits, just because you are lazy now does not mean you will forever be lazy. Laziness is a human habit that can be overcome–but the only person who has the power to do so is you.