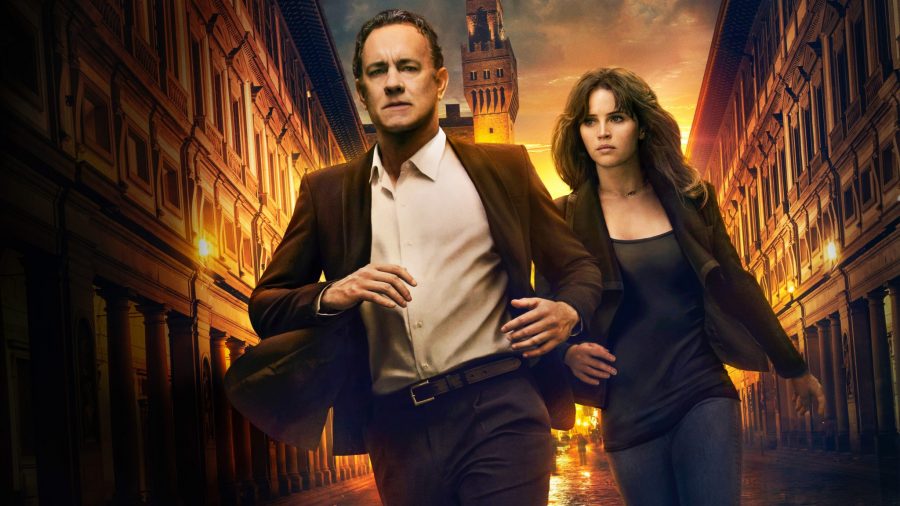 Inferno, starring Tom Hanks, is a mix of action, adventure and thriller. Robert Langdon is a clever and passionate professor, racing to prevent a global airborne disease aimed to kill half of the people on Earth to solve overpopulation. The movie is the third installment of Dan Brown’s writing of the Robert Langdon series following The Da Vinci Code and Angels & Demons and ventures into several major and minor historical references. Although it takes place in exotic and unforgettable locations like Istanbul and Florence, the movie itself is slow, fairly complex and forgettably average.

The first 60 minutes of the movie just fell short of painfully boring. Langdon wakes up in a hospital with holes in his memory, then is immediately attacked by an assassin pretending to be a police officer. This event happens too quickly, followed by a predictable escape accompanied by some confusing visions. The visions are later explained, but at first seem like a random and unsuccessful jab at horror.

The second half of the movie was much more interesting because it defies some of the predictable plot conventions of most action movies. The plot twist finally gets things rolling and Langdon has a clearer goal. Everything suddenly fit together and made sense, thanks to a slightly cheesy monologue by Harry Sims (played by Irrfan Khan). He is one of the more fun characters that adds dry humor through his matter-of-fact tone. As a trained killer with Bond-like energy and a bit of sass, the British-Indian actor throws in some lightheartedness to the weary plot.

One of few unique aspects of this movie is its quick and casual historical references. Understanding the basic context and geography every time Langdon mentions so makes the movie more complex. Not being able to do so would be quite frustrating – leaving the audience in confusion, especially with their fast talking.

From the viewpoint of an ordinary consumer, the special effects are sub par. They add to the unrealistic factor. People have their heads twisted around, swollen eyes with extreme rashes and these additions get so exaggerated they are almost comical. Perhaps being based off of Dante’s 14th century idea contributes to this, but don’t expect anything too skillfully bloodcurdling and realistic. There is some romance that could be further developed, despite the one hour build up that was basically worthless. The good ol’ crazy-scientist-killing-for-“the greater good” plot cliché was made unique by being set in somewhere that isn’t America.

To sum it up, Inferno was not a movie to remember. It lacks emotional depth; it’s only filled with panic and curiosity. However, it gets pretty interesting in the end and has some fun moments.