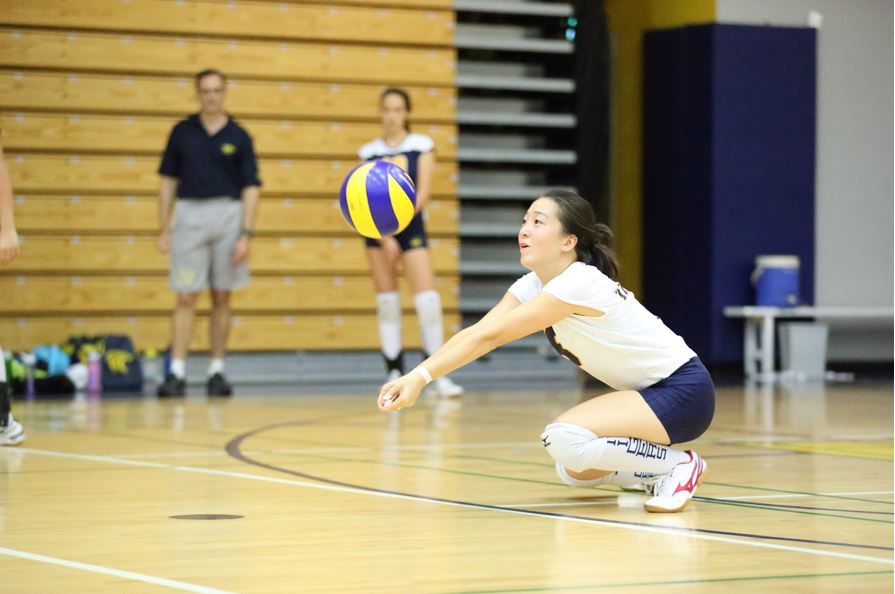 IASAS Volleyball will be hosted at TAS this year from October 19 to 22.  This is the first time TAS has hosted it in 7 years, right on the heels of TAS Boys Volleyball 2015 gold win.

Boys Varsity Volleyball head coach, Mr. Tobey, says, “the home team is always a dangerous team…as long as [they] play loose and relaxed… and [make] the most noise and have fun they should play very well.”

Phoebe K. (12), captain of the girl’s varsity team, believes that “whoever has the momentum will win the game.” According to Phoebe, having the home crowd supporting them will “help [the team] keep [their] energy up and hopefully shift the momentum to our side.”

According to the coaches, being in the home court makes the team strong because it keeps the players concentrated. Often when TAS teams travel to another school they are distracted by other students and new experiences around them, so Phoebe says, “hopefully [home court will] allow us to just focus on our game and not get distracted by unfamiliar things.”

Home court is not just a benefit for the team, but for the school as well. Girls’ varsity head coach, Peter Kimball says, “hope[s] that [their] play inspires younger students to see how much fun it is to play on a team so they will get involved in our developmental sports program.”

The teams, however, still have obstacles to face: this year’s teams are very different than last year, as the boys have 9 new players and the girls have 4.

According to Coach Kimball, the influx of “new players means this year’s team needs to spend more time learning their rotations and plays. However, he does not think this will get in the way. As long as they trust each other, are confident, and “really believe that it can [be] accomplished,” then they may have a really good chance of winning gold.

The captains of the boys and girls varsity teams also mentioned that the players have to be in a strong and stable mindset in order to play well.

Phoebe says, “we also have to make sure our team is emotionally and mentally okay.”  The boy’s captain Jack T. (12) says, “when times are tough, you  are expected to pull the team spirit up. Both captains agree that chemistry plays a big part in the team’s success and as more games and practices go by, they will be more in sync.

The coaches and captains hope that many students show up to support the Tigers during IASAS because as Jack says, “the more fans [there are]…the better we play.”